Introducing ‘Sincerely Yours’ with Ann Mainse 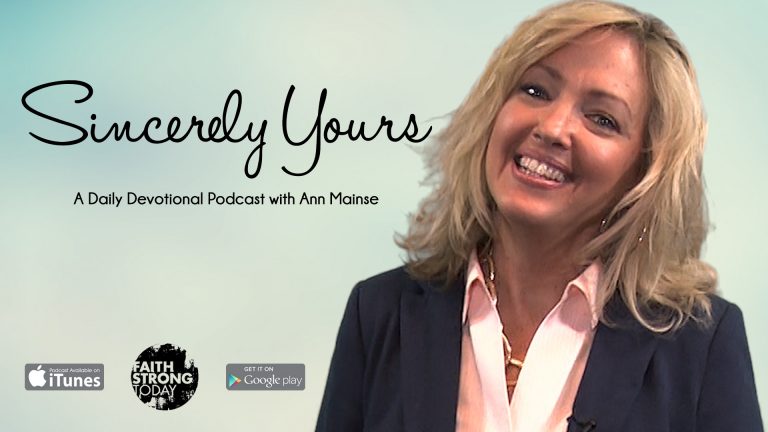 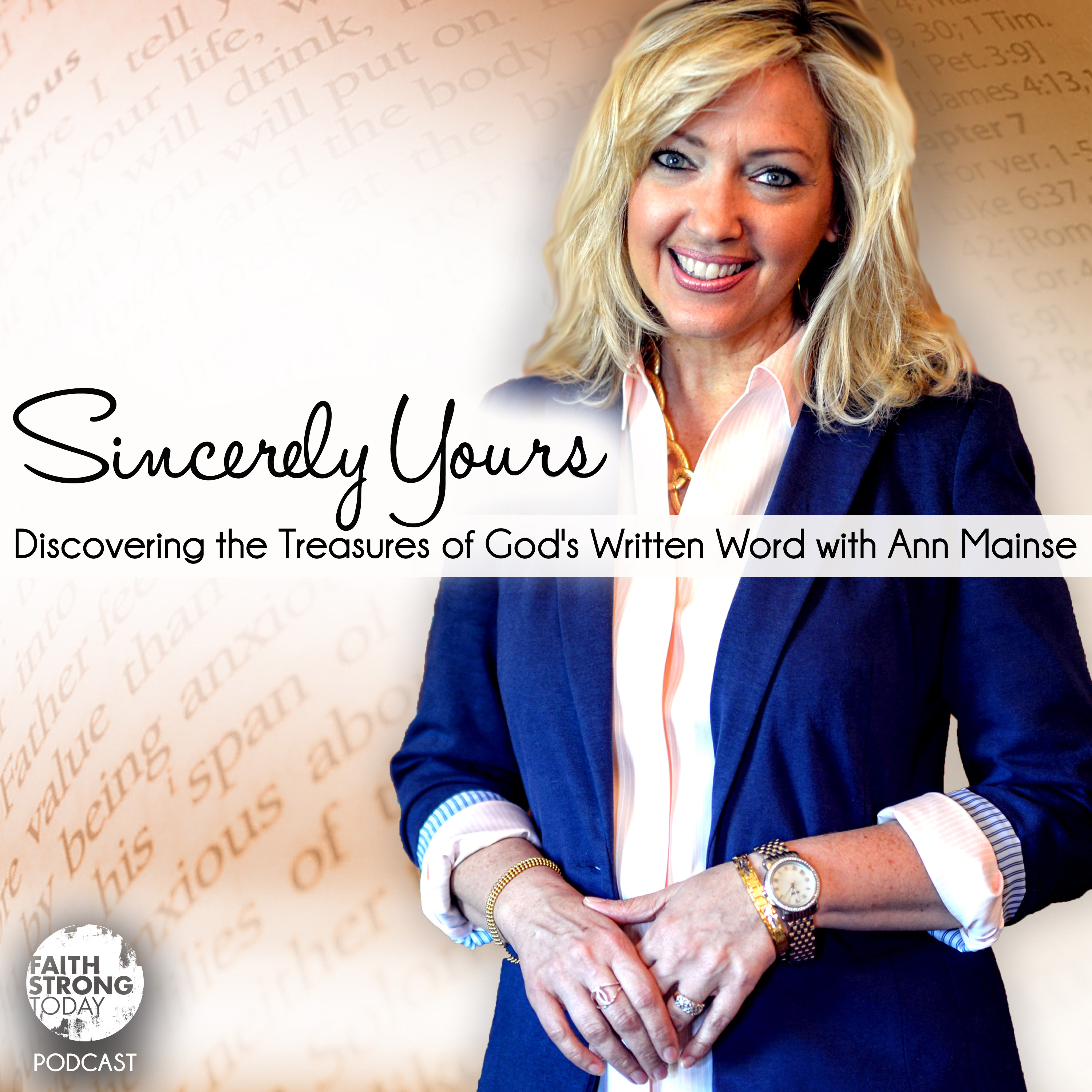 We are excited to welcome a brand new devotional podcast with Ann Mainse to the Faith Strong Today lineup. Sincerely Yours takes you on a journey through the New Testament. Every weekday, join host Ann Mainse for a five minute devotional podcast that opens up God’s Word, sharing together the lessons we learn and how we can apply them to our lives today.

Starting September 12, 2016, Sincerely Yours will be available on iTunes, your favourite podcasting app, or FaithStrongToday.com.

Ann was born in Fort Sam Houston, Texas, into a U.S. military family.  She didn’t live there long as her family was continuously moving to yet another army base. However, the move she made to attend Evangel University ultimately changed her life.  Not only did she complete a Bachelor’s degree in Business Administration (and she can even take shorthand at 120 wpm! “La-de-da,” says Ann), it was there that she met her future husband Ron, son of Crossroads founder David Mainse. They eventually married in 1984, and in 1986 had Andrea, and then Adam (1989), and finally, Eric (1992).

In 1999, Ann hesitantly answered God’s call to begin hosting the CTS morning show, Rise and Shine, with Ron. By 2001, she was asked to join Crossroads’ flagship program with a daily devotional segment. After a few years, Ann and Ron began hosting the daily100 Huntley Street program. They hosted together from January 2005 through April 2009.

By now, trusting God for the big stuff seemed to be second nature, so in mid-2005, Ann felt God lead her to establish a special TV connection for women where they could share their hearts in an open, conversational format.  By January 2006, Crossroads launched a new Friday edition of 100 Huntley Street called Full Circle, with Ann as the ringleader of the “Sofa Sisters.” In January 2011, Full Circle expanded into a daily, half-hour format hosted by Ann Mainse, Moira Brown, Cheryl Weber, and Melinda Estabrooks.

Excited for the debut episode of Sincerely Yours this Monday? Ann would love to hear from you in the comments below!

Justin Bieber and Chance the Rapper Get ‘Holy’ in New Video

4 Simple Tips for Getting Something Meaningful Out of Bible Study

How Being a Plant Parent Aids Self-Care