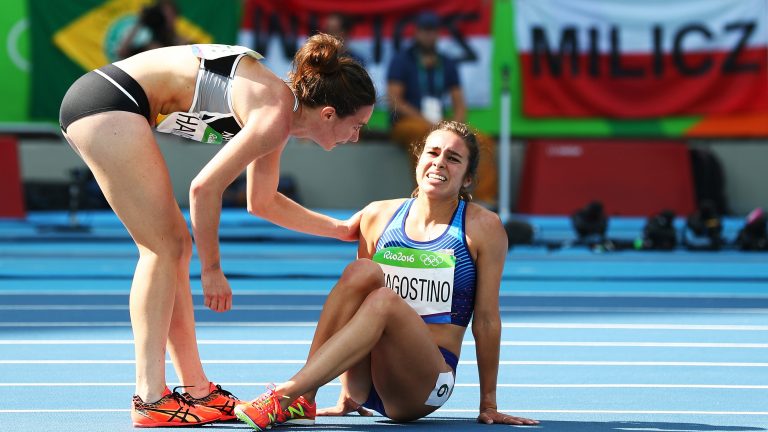 It’s hard to believe that the 2016 Summer Olympic Games in Rio De Janeiro, Brazil, have come and gone. For 16 memorable days in August, the 124 ft. Christ the Redeemer statue stood guard in this colourful city by the sea while more than 300 events showcased the world’s top athletes. In total, more than 2,000 medals were awarded, with many athletes taking home the coveted gold medal. That’s a lot of serious competition. But have you ever heard the story surrounding the rarest of all medals presented at the Olympic Games? This medal did not originate from gold… but from a bolt.

It was the 1964 Winter Olympics, held in Innsbruck, Austria. The story began on a cold winter afternoon at the two-man bobsled competition. After completing their first run, the British team sat securely in second place, clearly eyeing the silver medal. However, as they were waiting at the top of the hill to attempt their second descent, they made a disappointing discovery. They had broken a bolt on the rear axle of their sled, in effect putting them out of the competition.

However, at the bottom of the hill, the first place (gold medal contender) Italian team heard of their plight. Without hesitation, Eugenio Monti, the famous Italian bobsled driver, removed the bolt from the rear axle of his own sled and sent it to the top of the hill. The British team then attached it to their sled, made a picture-perfect run down the mountain, and won the gold medal. The Italian team took the bronze.

When questioned later about his amazing act of sportsmanship, the Italian driver humbly replied, “The British team did not win because we gave them our bolt. They won because they were the fastest team.” Talk about a role model!

The story of Monti’s selfless act spread. Because of this, he was given the first ever Olympic Medal for Sportsmanship. Since then, it has come to be known as the noblest honour any Olympic athlete could possess. Now that’s an Olympic moment to which all athletes should aspire. But what about the rest of us?

“As we allow the life of Jesus to come alive in us, selfless living becomes everyday living…”

When you think about it, isn’t this the kind of attitude that should be evident in everyone who calls himself a follower of Jesus? Shouldn’t selflessness be routine for those of us who are committed to the One Person in history who lived a totally selfless life, every minute of every day? Absolutely. The Apostle Paul thought so too. In the book of Philippians, he said:

“If [Jesus’] love has made any difference in your life … love each other, be deep-spirited friends. Don’t push your way to the front; don’t sweet-talk your way to the top. Put yourself aside, and help others get ahead. Don’t be obsessed with getting your own advantage. Forget yourselves long enough to lend a helping hand.”

Forget yourself? Put yourself aside? While this is standard practice for most Moms, I think we can all agree that it’s not our preferred attitude. Every minute? Of every day? I mean, really. Is it even possible to effectively live a selfless life 24/7/365? Paul has an answer for that too.

“Not in your own strength, for it is God who is all the while effectually at work in you [energizing and creating in you the power and desire] both to will and to work for His… satisfaction and delight.”

As we daily surrender ourselves to God, He will not only give us the strength, but maybe more importantly, the power and the desire to act… and speak… and live… according to His gracious ways. As we allow the life of Jesus to come alive in us, selfless living becomes everyday living. And His Holy Spirit guides us every step of the way.

And you know what? Even though you may never win a medal, ultimately, you’ll be given the most noble of rewards…

The warm embrace of God’s sweet Presence as He whispers, “Well done.”