8 Times John Lewis Inspired Us With His Faith and Optimism 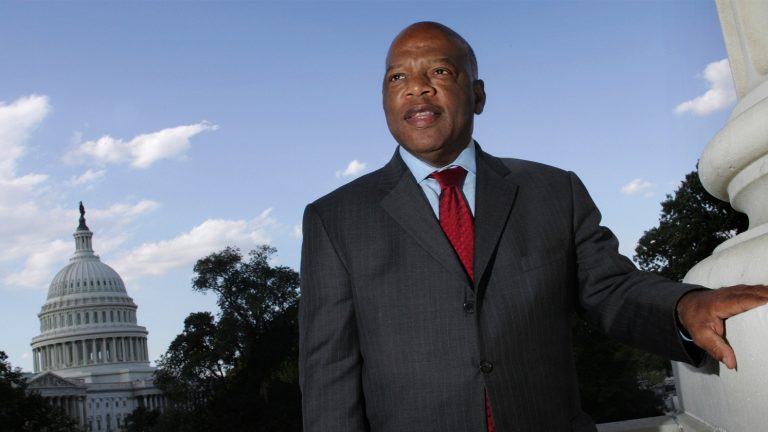 On July 17, American civil-rights leader, Baptist minister and politician John Lewis passed away from cancer at the age of 80.

The Georgia Democrat, dubbed the “conscience of the Congress” grew up in rural Alabama and was known for his dedication to freedom and justice. Although he adhered to the philosophy of nonviolence, Lewis believed change came from speaking up, even if it caused trouble.

“Dr. [Martin Luther] King [Jr.] and others inspired me to get in what I call good trouble, necessary trouble,” Lewis said in an article from TIME published January 4, 2018. “And I think we’re going to have generations for years to come that will be prepared to get in trouble, good trouble, necessary trouble. And lead us to higher heights. It’s a struggle that doesn’t last one day, one week, one month, one year. It is the struggle of a lifetime, or maybe many lifetimes.”

Supportive of the global demonstrations against racism and specifically against police killings of Black people, the New York Times, in his obituary, quoted him as saying, “It is so much more massive and all-inclusive…. There will be no turning back.”

Lewis, along with Martin Luther King Jr. and Hosea Williams, led the 1965 Selma to Montgomery voting rights marches. The three protest marches highlighting racial injustice were organized by nonviolent activists as part of the voting rights movement across the American South.

During the first march on March 7, 1965, at Edmund Pettus Bridge in Selma, Alabama, state troopers attacked the protesters with billy clubs and tear gas. On this day now known as Bloody Sunday, Lewis was beaten, along with many others, and the shocking images were publicized worldwide. These events led to the passing of the 1965 Voting Rights Act, which prohibits racial discrimination in voting.

Throughout his lifetime Lewis was arrested and jailed many times, but he never lost sight of his fight for voter and racial equality.

Known for his inspirational speeches and call to “get in trouble, good trouble, necessary trouble,” here are eight times John Lewis inspired us with his faith and optimism.

Simple Ways to Observe Lent in a Pandemic

How to Help People in Crisis