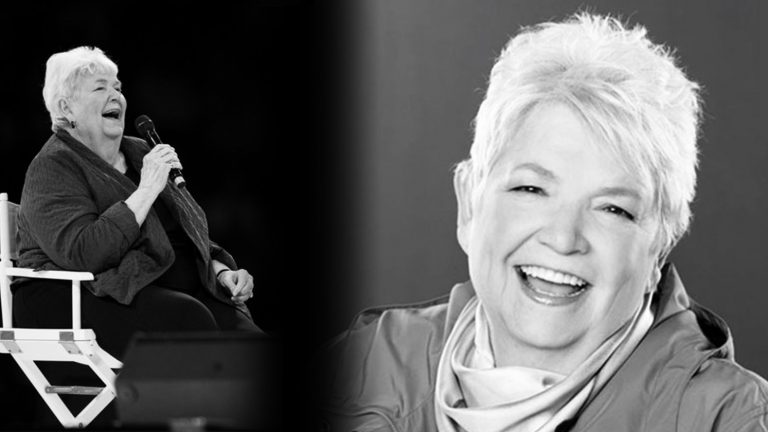 On October 20, 2020, Luci Swindoll died at age 88 in Texas. The author, speaker, photographer, musician and artist was known for her humorous storytelling and adventurous spirit.

Born in 1932 in El Campo, Texas, Luci spent 30 years as an executive at Mobil Oil Corporation, five years as an executive vice president at Insight for Living Ministries and performed with the Dallas Opera before joining Women of Faith as a keynote speaker. Mary Graham, Patsy Clairmont, Thelma Wells, Sheila Walsh and Marilyn Meberg were also on the speaking tour, which focused on having casual, meaningful conversations on stage about life, God and everything in between.

Thoughts, prayers, and memories poured out on social media from friends and peers.

Pastor Chuck Swindoll released a statement after Luci’s passing, thanking those who had reached out and saying how much it has meant to him and his family.

“Admittedly, my sister and I were very close, I loved her deeply, and I grieve her death. But I am comforted, knowing that she is now relieved of all earthly trials and struggles. Relief softens the harsh blows of grief,” he said.

The family plans on having a Celebration of Life in Luci’s honour in 2021, after the pandemic has ended and safe travel is restored.

“We’ve made the decision to postpone until then so that all those she touched and ministered to will have the opportunity to attend and celebrate her ongoing influence in their lives,” he said. “The date for that special service has not yet been determined, but once it is, we will announce it publicly so all can join us.”

Since 1998, Chuck has served as the founder and senior pastor-teacher of Stonebriar Community Church in Frisco, Texas. As a leading program in Christian broadcasting since 1979, Insight for Living airs in major Christian radio markets around the world.

As one of the original speakers with Women of Faith, Luci often shared her story of how she was set free to be her authentic self when she realized that God wanted this for her, “simply because He loves me.” This empowered her to live in her own way—not like her older brother Orville Swindoll or her younger brother Pastor Chuck Swindoll.

Before she understood this, Luci spent a lot of time trying to be like her famous brother Chuck.

“I was worn out. Because I wasn’t me. And finally the Lord just said to me, ‘Just be you Luci,” she said in a 2011 interview with Life Today TV. “Just be you, just talk to people like you’re visiting with them in your living room.”

“I think when we’re ourselves we can be genuine.”

For Luci, one hallmark of her individuality was celebrating her decision to remain single. In 1982 she published a book encouraging people to count the cost of relationships and not put off hospitality or friendships while waiting for a marriage partner. Titled, “Wide My World, Narrow My Bed: Living and Loving the Single Life,” this book challenged readers to make the most out of being single. In 2002 she published “I Married Adventure: Looking at Life Through the Lens of Possibility,” which traces Luci’s journey of discovery and purpose.

Known for her unique and creative approach to finding lessons and inspiration from otherwise regular days, Luci taught people to stop saying “if only,” and instead ask, “what if?”

Throughout her writing career, Luci published or contributed to more than 20 books.

PreachersNSneakers Creator Revealed and How Celebrity Culture Affects the Church

Justin Bieber on Celebrity Culture: ‘So Many Pastors Put Themselves on This Pedestal’