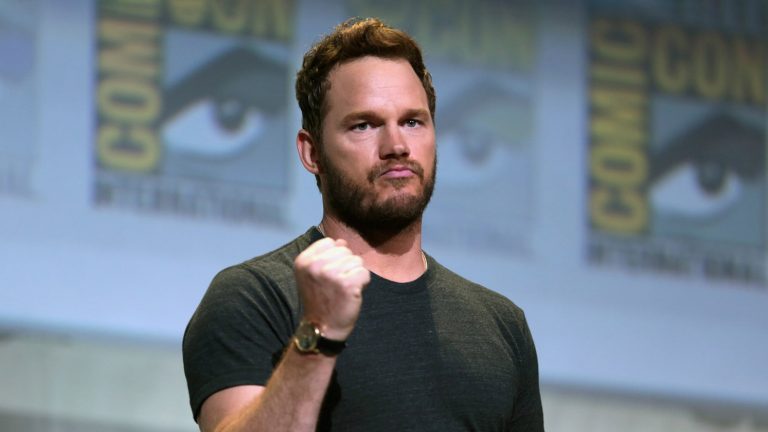 On October 17, a viral meme resulted in the Twitterverse piling on actor Chris Pratt in an act described as bullying and meanness by friends and family.

Writer and producer Amy Berg is credited with starting the controversy when she posted a tweet with the caption “One has to go” along with headshots of Pratt and three other celebrity Chris’—Evans, Hemsworth and Pine.

The joke, a riff off the Sesame Street “One of These Things” preschool educational song, became overrun with responses from haters, accusing Pratt of infractions ranging from not attending a democratic fundraising function to being a member of a church with anti-LGBTQ views.

Without any prompting, Pratt was repeatedly attacked on social media because of his political leanings, his Christian faith, and for not conforming to the woke, politically correct status quo.

In truth, the popular actor has not said who he supports politically, although he has stated in previous interviews how he doesn’t feel represented by any of the American political parties.

Pratt is more outspoken about his faith. His Instagram bio reads, “Philippians 4:13 I love Jesus, America, my wife, my family, my farm, my job, and jokes.”

While Pratt has not responded to the controversy, his wife Katherine Schwarzenegger commented on an Instagram post from E! News. The entertainment site launched a “Which Hollywood Chris is the best?” poll shortly after the meme went viral.

In her comment, Schwarzenegger said, “Is this really what we need? There’s so much going on in the world and people struggling in so many ways. Being mean is so yesterday. There’s enough room to love all these guys. Love is what we all need not meanness and bullying. Let’s try that.”

Other celebrities have also spoken out in support of the Guardians of the Galaxy and Avengers actor.

On Tuesday, Avengers co-star Mark Ruffalo called out those accusing Pratt of political transgressions as causing a distraction, Tweeting “I know him personally, and instead of casting aspersions, look at how he lives his life. He is just not overtly political as a rule.”

Fellow Guardians of the Galaxy star Zoe Saldana tweeted, “You got this @prattprattpratt. Your family, friends, colleagues and everyone who’s ever crossed paths with you knows your heart and your worth!”

Iron Man himself, Robert Downey Jr., took to Instagram to share his thoughts, writing “What a world… The “sinless” are casting stones at my #brother, Chris Pratt… A real #Christian who lives by #principle, has never demonstrated anything but #positivity and #gratitude.”

Born in Minnesota in 1979, Pratt began acting in 2000 after being discovered while working at a restaurant in Maui, Hawaii. In 2014, he received the CinemaCon Award for “Breakthrough Performer” and in 2017 he received a Hollywood Walk of Fame star on Hollywood Boulevard.

“It restored my faith in God, not that it needed to be restored, but it really redefined it.”

Pratt is reported to attend Zoe Church in Los Angeles. The youth-oriented church was founded by pastors Chad and Julia Veach in 2015 with the mission of sharing the hope and redemption of Jesus. Their website states their “doors are open to people of all backgrounds.”

While the Internet is choosing to condemn Chris Pratt’s personal views and opinions based on gossip, and judge his faith in Jesus as a basis for other perceived offences, it reinforces all the more Jesus’ words in John 16:33.

“I have told you all this so that you may have peace in me. Here on earth you will have many trials and sorrows. But take heart, because I have overcome the world.”