5 Summer Blockbuster Movies that are Faith or Family Focused 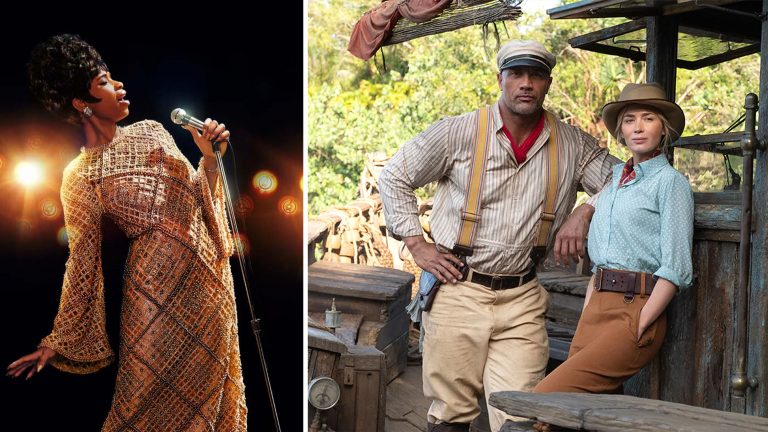 It has been a long time since many of us have ventured to the cinema to take in a flick on the big screen, but now that the world is beginning to open back up, long-delayed feature films are getting back to filming and others are announcing new release dates. Here’s a look at five exciting movies releasing this summer that are faith-friendly or family focused.

Description: This is an animated musical adventure that follows VIVO, a one-of-kind kinkajou (aka a rainforest “honey bear,” voiced by Miranda), who must find his way from Havana to Miami in order to deliver a song on behalf of his beloved owner and mentor Andres (Buena Vista Social Club’s Juan de Marcos Gonzáles).

Description: When LeBron James and his young son Dom are trapped in a digital space by a rogue A.I., LeBron must get them home safe by leading Bugs, Lola Bunny and the whole gang of notoriously undisciplined Looney Tunes to victory over the A.I.’s digitized champions on the court: a powered-up roster of professional basketball stars as you’ve never seen them before. It’s Tunes versus Goons in the highest-stakes challenge of his life, that will redefine LeBron’s bond with his son and shine a light on the power of being yourself.

Description: Join fan favorites Dwayne Johnson and Emily Blunt for the adventure of a lifetime on Disney’s Jungle Cruise, a rollicking thrill-ride down the Amazon with wisecracking skipper Frank Wolff and intrepid researcher Dr. Lily Houghton. Lily travels from London, England to the Amazon jungle and enlists Frank’s questionable services to guide her downriver on La Quila—his ramshackle-but-charming boat. Lily is determined to uncover an ancient tree with unparalleled healing abilities—possessing the power to change the future of medicine. Thrust on this epic quest together, the unlikely duo encounters innumerable dangers and supernatural forces, all lurking in the deceptive beauty of the lush rainforest. But as the secrets of the lost tree unfold, the stakes reach even higher for Lily and Frank and their fate—and mankind’s—hangs in the balance.

Description: Discover her deep church roots and celebrate the “Queen of Soul” with this highly-anticipated biopic, starring Jennifer Hudson as Aretha Franklin. This is a powerful true story of a legendary overcomer! Through trauma, abuse, addiction and her eventual rise to fame, Aretha’s life is nothing short of a miracle. Her firm foundations in church and her tenacious faith make this inspirational biopic a can’t miss!

Description: The PAW Patrol is on a roll! When their biggest rival, Humdinger, becomes Mayor of nearby Adventure City and starts wreaking havoc, Ryder and everyone’s favourite heroic pups kick into high gear to face the challenge head on. While one pup must face his past in Adventure City, the team finds help from a new ally, the savvy dachshund Liberty. Together, armed with exciting new gadgets and gear, the PAW Patrol fights to save the citizens of Adventure City!