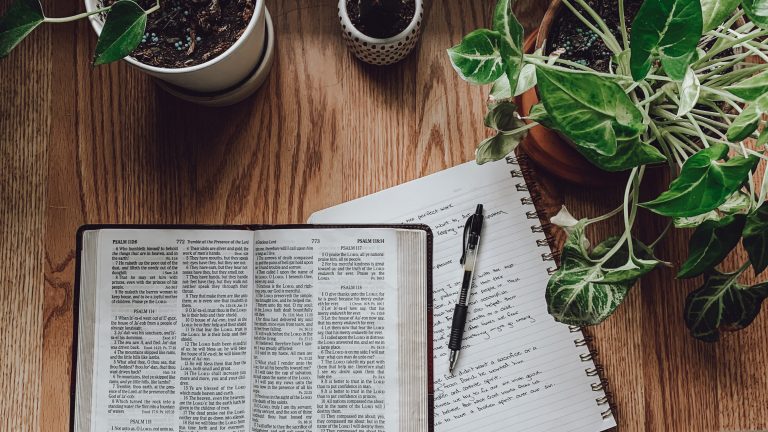 “If you don’t believe the Bible is the Word of God, are you a Christian?”

I saw this question posted on an online forum and read through the discussion with interest. In my mind, the answer was as simple as referring to 2 Timothy 3:16, “All Scripture is God-breathed and is useful for teaching, rebuking, correcting and training in righteousness.” If the Scriptures are God-breathed then, yeah, believing them is kind of required.

But in looking deeper at the question, and the responses, I started wondering if it was as simple as all that. For one thing, I recognized that my interpretation of the question was, is the Bible inspired by God? But when I looked at the original phrasing I realized it was bigger…if you do not believe the BIble is the true Word of God, can you be saved?

In the American evangelical world, many Millennials are being swept up in the deconstruction movement, where they’re choosing to leave the church and even their faith over issues such as “science, the role of women, LGBT rights, and Christian nationalism,” according to Wikipedia.

You could argue this movement is aimed more at the fundamentalist church structure than the Bible and Christianity itself, but the lines are blurry and at this point, everything seems up for debate.

Americans’ views of the Bible is changing

Perhaps what is more concerning than whether someone believes in the Bible literally or not, is the rapid decline of Christianity in America. In 2019, Pew Research Center released data showing that in the last decade, 12% fewer Americans describe themselves as Christian. With fewer people practicing Christianity, and young evangelicals leaving the church, we may be on the edge of a precipice.

What does it mean to be a Christian?

One year, I decided to attend a local Bible college that was well-regarded for its academics. It was a different denomination than I was raised in, but I didn’t really think about what that could mean or how it may impact my education.

Well, sort of. Except for so many of us, we confuse the differences between denominations, tradition, and actual Christian beliefs.

Going to school at a different denomination than what I was raised in brought this up in a very obvious way for me, and showed me where the lines are.

After that, I was better able to discern where to focus my energy. I got into the habit of asking myself, is this a salvation issue? And if it was, sure I would speak up about it. If not? Let it go.  It’s preference.

So, what is a “salvation issue”?

A lot of people assume if you believe in God, go to church, and are generally a good person, then you’ll also go to heaven. This is a belief to be sure, but not a Christian belief.

In Christianity, salvation revolves around faith in Jesus Christ. Believing in God is not enough, you also need to trust in Jesus as your Lord and believe that He died and rose again, defeating death and sin in that moment (Romans 10:9).

The word “salvation” means being saved from sin and the consequences of sin. So the next step in salvation is accepting this gift of atonement and responding by repenting—committing to change the course of our lives and work towards becoming more like Christ.

In my mind, any debate or discussion extending beyond the core of what salvation is and how to obtain it is not a salvation issue, so I let it slide. We think we know, we try to know, but we don’t know. Not really.

For example, as interesting as it is to debate whether or not creation happened in a literal six days or not…to me it’s not a salvation issue, and therefore I’m happy to let many different perspectives co-exist. Do I have a position on the debate? Sure. I have a guess. Am I willing to be wrong? Absolutely. Is it worth ruining a friendship over? Nope.

I know many people who don’t agree with where I draw my lines and that’s fine. As long as we agree on the core definition of what it means to be a Christian, I’m happy to live on the edge of uncertainty.

Bringing this back around to the original question, can I be a Christian if I don’t believe in the Bible? I’ll ask you this question back: if you’re not basing your faith on the Bible, what are you basing it on? The Bible tells the story of God, and teaches us how to live like Jesus. The goal is not to worship a book, but to develop a personal relationship with Christ, and grow in depth and understanding as a result. If you can do that without the Bible, I’m curious to know how. I haven’t found a way.

For deeper study, you may enjoy this article on Got Questions.