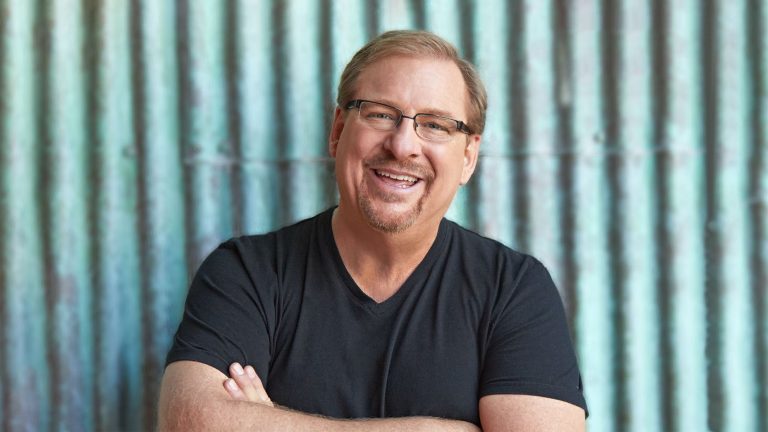 On June 6, Pastor Rick Warren announced to his congregation his plan to retire after 51 years in ministry, and nearly 42 years as the lead pastor of Saddleback Community Church in Lake Forest, California.

The evangelical Christian pastor and author was quick to add that his intention is to make a smooth transition into a less visible role, from lead pastor to founding pastor. The first step for the church is to begin the official search for Warren’s successor.

Timing is Everything in Life

Warren said for the 42 years he has led Saddleback Community Church, he and his wife Kay have known this day would come. They didn’t know when, they were waiting on God’s perfect timing.

In 1980, Warren founded Saddleback Community Church, beginning in a high school theatre with 205 people in attendance. It has since grown into a megachurch with 11 locations and an average weekly attendance of 20,000 people.

At his first service in 1980, when he was 26 years old, Warren publicly announced he would give the next 40 years of his life to growing the people of the Saddleback church family. He referenced this promise in his June 6 sermon.

“That number, 40 years, that wasn’t some promise that God gave me. It wasn’t a word from God. It was simply my commitment. It was my promise to God, and to you God’s people…. I’m going to give my life to this church. I’m going to stick with you, and I kept the promise.”

Taking a Step in Faith

In January 2020, the church celebrated its 40-year anniversary. At a prayer retreat, Warren and his wife determined God was leading them to stay on in leadership at Saddleback.

Three weeks later, the COVID-19 pandemic shut everything down for the next year and a half in California.

“Looking back in hindsight, I can see the wisdom of why God did not want me to step down three weeks before the pandemic happened. It would have been practically impossible for a new pastor to hold our church family together without even being able to hold public worship services for over a year.”

Now, with the end of the pandemic in sight, Warren says he feels like God is saying it’s time to at least start the process and look for his successor.

Warren assured his congregation that this is not the end of his ministry, only the first step in the process, one step in the timing of God.

Pastors Transitioning Out of Full-Time Ministry

Warren shared a statistic from a national American survey that the typical pastor stays at a congregation for 3.6 years before moving to a different church.

Even before the pandemic, pastors have been facing ever-increasing difficulties in leading congregations and navigating constant change. The pressures of church leadership increased exponentially during the pandemic and now, many pastors are considering leaving the ministry altogether.

In April, Carey Nieuwhof, founding pastor of Connexus Church and host of the ChurchPulse Weekly podcast, shared data from Barna Group stating “29% of pastors have given serious consideration to quitting full-time ministry in the last year.”

In his article, Nieuwhof shared about how there were times in his ministry where he felt like giving up, but is grateful he didn’t.

“Eventually, I did transition out of full-time vocational ministry, not because I quit, but because we put together a well-thought-through succession plan. Quitting when you feel defeated sets you and your church up for defeat.”

For Saddleback Community Church, Warren’s goal is to find a successor before transitioning out of his current role. With more than 200 ministries within the church and many pastors on staff, including three women who were recently ordained, the church is positioned to find their next purpose-driven leader who can continue leading the “church for people who don’t like church.”