7 New Christmas Albums for Your 2020 Playlist 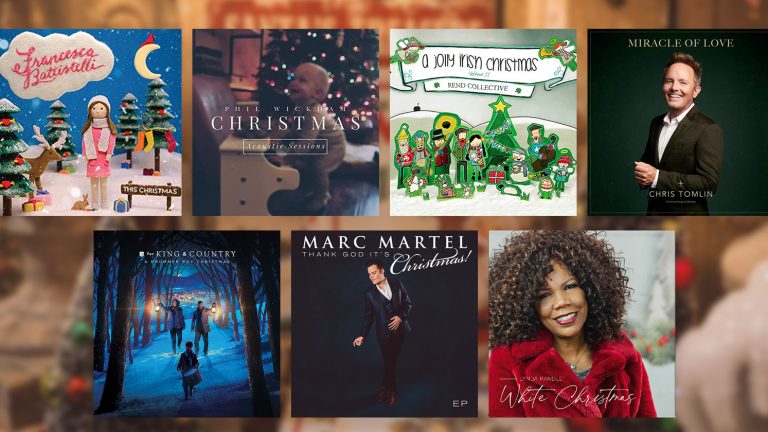 If there was ever a year new Christmas music was necessary, 2020 is it. With so much going on in the world, it’s a relief to relax into the Spirit-filled lyrics and soothing sounds of Christmas-themed praise.

While mainstream songs can sometimes be construed as somewhat gauche, these new Christmas albums will help us align our minds and hearts on the meaning of this Advent season while also feeding our souls with uplifting melodies and encouraging us to look forward with anticipation, despite the heartache and disorientation we may be presently experiencing.

Here are seven Christmas albums released in 2020 by some of your favourite Christian artists, just in time for holiday streaming.

This electro-pop album from the popular Australian Christian pop brothers Luke and Joel Smallbone is the duo’s first full-length Christmas album. The inspiration for this album came from their performance of “Little Drummer Boy” at CMA Country Christmas. The album has 13 tracks and features Needtobreathe on “O Come, O Come Emmanuel” and Gabby Barrett on “Go Tell It On The Mountain.”

In a surprise move aiming to add joy, warmth and worship to our holiday season, contemporary Christian musician, singer and songwriter Phil Wickham released a digital acoustic album in November. Called Christmas: Acoustic Sessions, the album features 12 Christmas covers including “Joy To The World,” “Away In A Manger” and “Face Of God.”

While there are many Christmas albums, few encapsulate the joy and celebration like Rend Collective. There is something about Irish music that makes it easy to get swept up in the Christmas spirit, and this new album from Rend Collective is a beautiful mix of traditional carols and new favourites.

On Monday, December 14, Grammy Award winning contemporary Christmas music artist Chris Tomlin and his wife Lauren Tomlin welcomed their third daughter, Elle Grace Tomlin, to the world. In an interview with People Magazine, the popular songwriter and singer explained how his new single, “Miracle of Love,” was about his new baby and Jesus’ birth. While the album features new songs, it also has re-releases of songs from his 2019 Christmas album.

Framed as a sequel to her 2012 Christmas album, Christmas, Grammy Award winning singer songwriter Francesca Battistelli has released a 14-track collection containing original and familiar Christmas songs. The single “Behold Him” has already attracted more than 284,000 views since its YouTube release on October 2.

In his not-so-subtle bid to replace Michael Bublé as the king of Christmas, Christian rock musician Marc Martel has released a jazzy new Christmas EP called Thank God It’s Christmas. Featuring Christmas favourites and a beautiful collaboration with Amy Grant on “The Christmas Waltz,” this will be a welcome addition to anyone’s Christmas playlist.

A favourite performer on the Gaither Homecoming stages, the alto southern gospel music singer has released her second holiday album, White Christmas. Together with her brother, Newsboys frontman Michael Tait, Lynda Randle has worked hard to spread Christmas cheer this year and her album is filled with smooth jazz renditions of familiar Christmas classics that make you want to curl up by a warm fire sipping hot cocoa while it snows softly outside.