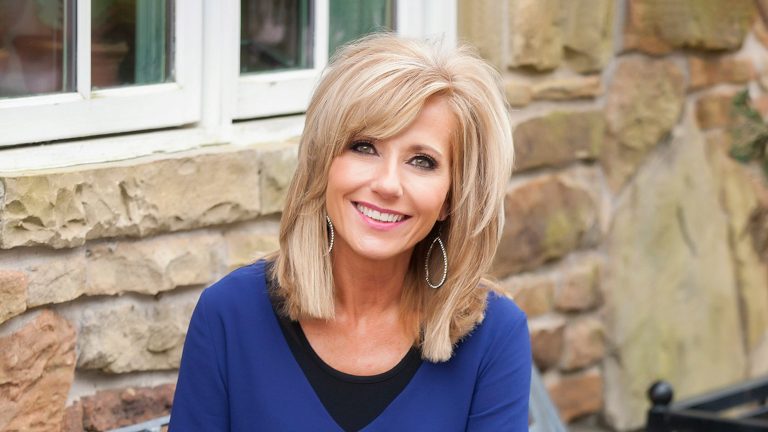 On March 9, evangelical Christians were rocked to learn Beth Moore is no longer a Southern Baptist.

The popular author and speaker made the announcement in an interview with Religion News Service last Friday, citing she doesn’t “identify with some of the things in our heritage that haven’t remained in the past.”

She said she felt disoriented in 2016 after reading through the Access Hollywood transcripts where Donald Trump boasted of sexual exploitation and abuse, and not seeing any other Southern Baptist leaders outraged over the admissions. Moore expected the leaders to be livid, similar to how they responded to Bill Clinton’s sexual misconduct during his presidency.

As other allegations about abuse came to light in the Southern Baptist Convention denomination, Moore became concerned about the tolerance towards men in leadership who treated women with disrespect. She became more outspoken on her blog and social media about these issues, including her own story of abuse. By the time she spoke on a panel on abuse at the 2019 Southern Baptist Convention’s annual meeting, she said she no longer felt welcome there.

Moore also said race, politics and Christian nationalism have dominated the conversation in the denomination, drowning out the gospel.

“At the end of the day, there comes a time when you have to say, this is not who I am,” she said.

For those brave enough to read the comments section of the Religion News Service article, they will notice a wide range of opinions, everything from those praising Moore’s brave move and wishing her well to others calling her a heretic and worse.

Twitter reactions have also been coming in strong, with many supportive tweets and, of course, lively discussion in the responses.

Author Diana Butler Bass said, “Beth Moore leaving the Southern Baptist Convention is the religion news equivalent to Prince Harry leaving the royal firm. A big and unthinkable deal.” Author Annie F. Downs agreed with the parallelism, saying “Beth Moore. Meghan Markle. Truth-telling women, unafraid of the institution, willing to lose so much for what is right. Their stories shake the old grounds. Women of valor.”

Author and Pastor Brian Zahnd responded, “In the end, Southern Baptists were more comfortable with Donald Trump than with Beth Moore. Just think about that.”

Senior Pastor of Cornerstone Baptist Church Dwight McKissic said, “When the likes of Beth Moore, Charlie Dates & Ralph West-3 of the most gifted, godly & effective spokespersons for the Kingdom leave the SBC-& many others are standing at the door-it certainly indicates-to paraphrase an old Negro spiritual-‘There is danger, in the water.’”

What is the Southern Baptist Convention?

The Southern Baptist Convention, or SBC, is an American Christian denomination, which is also the world’s largest Baptist denomination.

There have been many controversies within the denomination over the years, but the most recent include a 2019 joint investigative report published by the Houston Chronicle and the San Antonio Express citing sexual abuse in the Southern Baptist Convention. The report alleged there are more than 700 victims from almost 400 church leaders and volunteers over a 20 year period.

In 2020, the Southern Baptist Convention lost many African American churches over critical race theory and the governing board’s lack of recognition of it.

Moore’s departure is just the latest blow to the denomination, which is struggling to shed its uncomfortable history.

“Southern Baptists need to do some soul searching of why so many African-American leaders have left and now why their most prominent woman leader has left,” said Pastor Ed Stetzer in a recent interview with USA Today.

What’s Next for Beth Moore?

In her interview, Moore assured readers she still loves Jesus and the Bible and will stay involved with a local church. Her decision to leave the Southern Baptist Convention was based on their current focus on nationalism, sexism and racial divides.

Moore also said she ended her longstanding relationship with LifeWay Christian Resources, which is the publishing and distribution division of the Southern Baptist Convention.

In an article published in the New York Times, Ruth Graham said “[Moore] is arguably the most prominent white evangelical woman in America. She speaks to arenas of fans; her many books have sold millions of copies.”

A prolific writer, Moore has published nine books and 20 Bible studies, including the popular A Woman’s Heart: God’s Dwelling Place, first published in 1995.