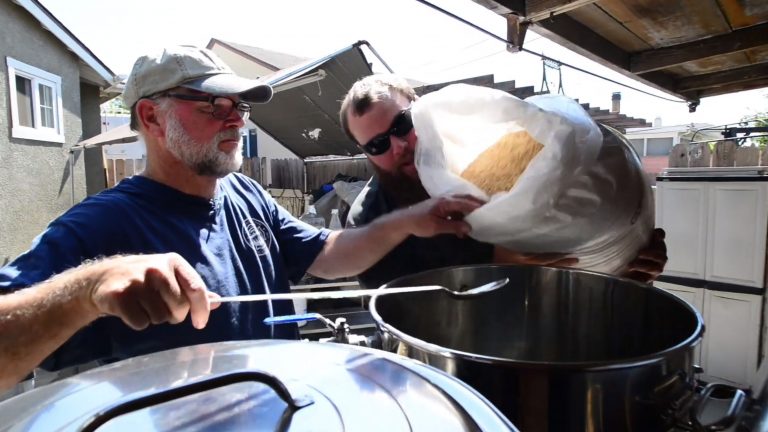 The craft beer movement grew out of the American homebrewing movement and the ever-evolving industry has proven you don’t have to follow the rules to make good beer.

Although the movement has been around since the 1970s, over the past decade, craft breweries, also called microbreweries, have exploded across North America. These small-batch producers are often independently owned and committed to traditional artisanal brewing, which was first done in Europe.

For the past five decades, craft beer and the brewing process have dominated the imaginations of North American homebrewers, and enthusiasm is only increasing. The size of the North American Craft Beer Market is estimated to grow by 22% each year between 2021 and 2026 until it reaches the valuation of $121 million in late 2026.

It’s no wonder why so many people—Christians included—are becoming involved with craft brewing. In an article for craftbeer.com, former pastor Josh Chapman said breweries and churches often share the same values, such as supporting the community and helping neighbours. Chapman is now the head brewer of Black Narrows Brewing Company in Chincoteague, Virginia.

The new documentary Brewmance explores the new wave of craft brewing and focuses on two groups of homebrewers in Long Beach, California working towards opening their own breweries. One of the featured groups is a Christian father-son duo who were able to repair their relationship over their shared interest in homebrewing.

When Jesse Sundstrom was in high school, he had a tumultuous relationship with his father Dan Sundstrom. Aside from generally not listening to anyone, Jesse was a chronic liar and would get into fistfights with his dad from time to time.

One day, Dan went on a trip from California to Oregon and discovered homebrewing. Inspired to try it for himself, he began homebrewing in his family kitchen. Jesse was intrigued by his father’s newfound hobby and asked if he could help.

Dan said learning homebrewing together was a turning point for both of them, having this shared interest to bond over. “Find that one thing that speaks to you and changes the way you think about the world around you, your own life,” he advised in the film.

While the film does have some swearing and talk of drinking and smoking pot from others interviewed in the documentary, brewmaster Dan and head brewer Jesse bring light and positivity to an industry, which is sometimes seen as seedy.

Now, more than a decade into their brewing journey, every recipe and brew the father and son create is a collaboration. Their tastes are different, but they can always find a compromise and the results are delicious.

Recently, the team opened Ten Mile Brewing Co, a family-owned and operated brewery. Dan said being in the industry and running a brewery has given him and his family the opportunity to have conversations with people they wouldn’t normally interact with, people who come from all sorts of different faiths, walks of life and nationalities.

“Beer can be a dirty, gritty place sometimes, that’s a place where not a lot of Christians really want to go—they want to distance themselves from it,” Dan said. “Opening a brewery….we’re not there to proselytize anyone, we just want you to know we care about you and God cares about you and we want to share that. That’s really the big picture.”

On June 1, Brewmance will be released on Amazon Prime Video in the US and UK. The film is also available on other major platforms in Canada, the US and the UK on video on demand.