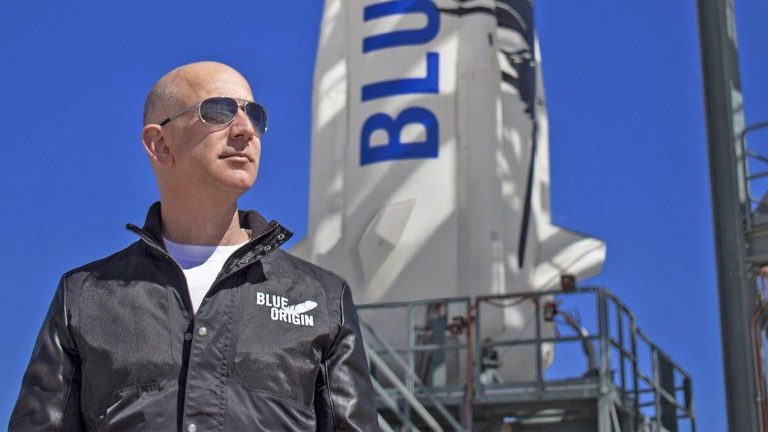 Amazon founder Jeff Bezos made headlines this week as he launched Blue Origin NS-16 just past the boundary between Earth’s atmosphere and outer space.

On July 20, Bezos and three other crew members spent 11 minutes above the Kàrmàn Line, which is the internationally-recognized space border at 100 kilometres altitude.

The “billionaire space race” isn’t a new phenomenon, but it has gained more attention as projects begin making history. Along with Bezos and Branson, those involved in the new space race include entrepreneur and founder of SpaceX Elon Musk, as well as entrepreneur and physicist Yuri Milner.

While Bezos and Branson are pursuing space tourism, Musk’s goals include colonizing Mars and Milner is developing a proof-of-concept spacecraft capable of travelling to Alpha Centauri, the closest star and planetary system to Earth’s Solar System.

Back on earth, social media sites were flooded by those mocking and criticizing these recent space treks for a variety of offences spanning from the garish show of wealth to tone-deafness towards the current state of the world. Critics have suggested the billions of dollars spent building and launching rockets could have been better used combating the climate crisis, addressing world hunger and more.

On July 19, humanitarian group Oxfam International published a statement in response to Bezos’ planned space flight pointing out the “stratospheric inequality” of billionaires travelling into space and “away from a world of pandemic, climate change and starvation.” The release, from Deepak Xavier, Oxfam International’s Global Head of Inequality Campaign, called for new tax systems and labour protections to address these widening equity chasms.

“11 people are likely now dying of hunger each minute while Bezos prepares for an 11-minute personal space flight. This is human folly, not human achievement.” (Deepak Xavier)

On Twitter, insults towards Bezos became personal, with people taking on his business practices. Critique included comments from Dan Price, CEO of Gravity Payments and American journalist Dan Rather.

There are also several active petitions rallying for Bezos to stay in space, the largest having more than 189,000 signatures titled, “Do not allow Jeff Bezos to return to Earth.”

How Should Christians Respond to the New Space Race?

Most of us can’t relate to those in the billionaire space race. Even if space tourism becomes accessible, the majority will not have the financial means to ever consider taking a trip, making the idea of flying to the outer limits laughable. And when we look at the sheer amount spent on innovating space technology, it’s difficult not to point out the impact those dollars could make on solving problems right here on Earth.

As Christians, stewardship is a major hallmark. God has entrusted us all with a certain amount of wealth and expects us to handle it with wisdom and decency (Luke 16:1-13). We are also stewards of His creation, Earth (Genesis 1-2) and instructed to care for the poor and vulnerable (James 1:27). So how are we to view the billionaire space race?

While those who respond to the vast spending by pointing out the wealth inequality private space innovation so brazenly identify something we need to keep in mind is space exploration in itself isn’t right or wrong. The urge to explore and discover is a quality God has given us, and it’s in our nature to continue pushing to know and understand. While we are absolutely called to care for ourselves, our world and those around us, that doesn’t automatically cancel out innovation and exploration.

While our personal views, theology or politics may inform our opinion on this specific situation, there isn’t exactly a Bible mandate outlining what rich people should be allowed to spend their money on. But what is clear is we are all personally responsible for our actions while we’re living on Earth, and we’ll all be accountable for how we spent our time and money when we get to Judgment Day. So even if you don’t have a rocket in this particular race, take this as a personal challenge to live in such a way that you are proud of and will bring glory to God.