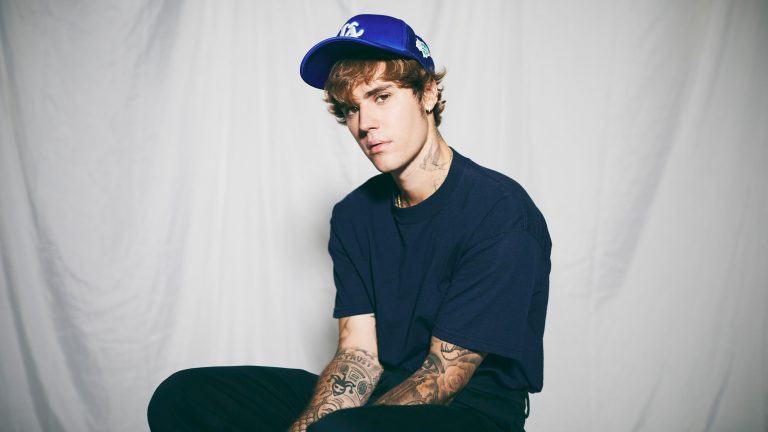 Bieber posted the announcement on social media to immediate reactions of shock, gratitude and overwhelm. His Instagram post featured an image of the album cover, a screenshot of the word “Freedom” written on a mobile phone notes app, and a tracklisting. His caption for the announcement on Twitter read, “Freedom on all platforms.”

Each song on Freedom has overt Christian themes and Bieber also introduces his pastor, Judah Smith, who adds a spoken word element to two tracks, “Where You Go I Follow” and “Where Do I Fit In.”

In “Where You Go I Follow,” Smith, the lead pastor at ChurcHome, begins by asking the tough question, “Who is this Jesus?” He takes a different approach in “Where Do I Fit In.” His tone is quiet, soft and reassuring as he repeats, “It will be alright” over and over. What starts as a lullaby from a father to a child transforms throughout the poem to God speaking peace over His beloved children.

Your future is in my hands. It’ll be alright.

Your past is forgiven. It’ll be alright.

Your future is secure. It’ll be alright.

I forgive you. It’ll be alright.

I’m your friend that sits closer than a brother. It’ll be alright.

Sleep now, for when the morning comes my mercies will be new. It’ll be alright.

Where Do I Fit In

In “Afraid to Say,” Bieber takes on cancel culture and reminds listeners that God never writes us off. And in “We’re In This Together,” Bieber prays for his listeners, for peace, joy, confidence and reassurance.

We’re In This Together

Part of the reason Bieber releasing his first-ever gospel EP was such a surprise to fans is that it has only been just over two weeks since he released his long-awaited and much-publicized full-length pop album, Justice.

Justice, released on March 18 by Def Jam Recordings, reached number one on the Billboard 200 chart with 154,000 equivalent album units earned in the United States.

In the build-up to the album, Bieber released four chart-topping singles including “Holy” featuring Chance the Rapper, “Lonely,” “Anyone,” and “Hold On.”

The 27-year-old singer is the youngest soloist with eight number one albums, dethroning Elvis Presley who previously held the record. He has sold more than 150 million records worldwide, making him one of the world’s best-selling music artists.

An outspoken Christian, Bieber has been honest with his fans about his struggles with depression, anxiety and drug abuse. He also freely shares how his faith in Jesus Christ led him through these struggles and onto a better path.

In 2014, Bieber was baptized by the former pastor of Hillsong Church, Carl Lentz and many of Bieber’s tattoos are nods to his faith in Jesus Christ, including a small cross under his eye and a cross on his chest.