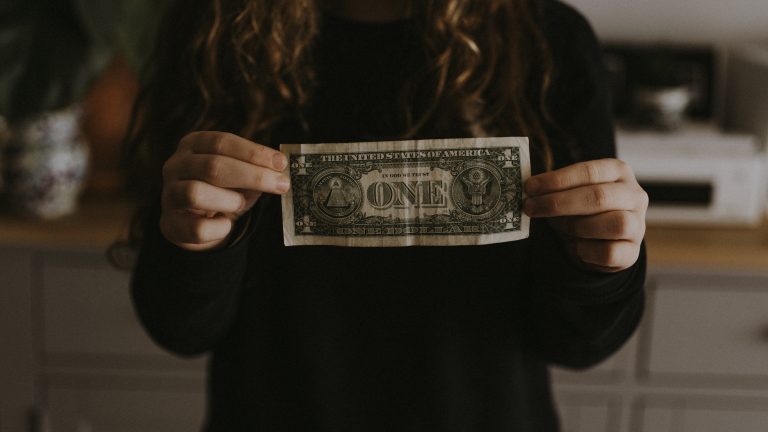 There’s an abundance of financial advice out there but for many Millenials, thoughts of saving or investing seem out of reach.

In 2019, Statistics Canada reported people born between the years 1982 and 1991 were better off financially than Gen Xers but had the highest debt to after-tax income ratio of any generation.

What does this mean? Simply put, for most Millenials, building wealth is and will continue to be a challenge.

The reality is, carrying a heavy debt-load often means delaying asset-building activities such as purchasing a home or making other long-term investments. And while it may feel like there’s no point in even trying to save for the future, there’s still value in practicing wise money management and trusting the Lord to guide and protect our financial futures.

The most important thing you can do for your finances is practice budgeting. Stay with me. People tend to look at budgets as restrictive, but when done right it’s completely liberating.

A budget doesn’t judge you, it helps you reach your goals. You get to decide what you want to accomplish and your budget is the practical framework of how you’ll get there. It brings your ideas and aspirations into reality. It makes things possible.

But in order to budget properly, you do need to face your finances—actually open your statements and look at your credit card bill. It means adulting in the most adult way and taking responsibility for your actions.

While you can’t control the economic realities of when you were born and the world you’re forced to reckon with, you can decide how to behave within it. Managing your money means taking an active role in your financial situation. Start by paying attention to where your money is going and build your financial foundation from there.

Here is what creating and maintaining a budget can do for you:

The Parable of the Three Servants

In the New Testament, Jesus tells a story called The Parable of the Three Servants. In it, three workers were entrusted with their boss’ money while they were away. The responsibility was divided according to their abilities and each worker approached their task in different ways. The first invested the funds and doubled his boss’ money. The second worker used the funds in their work and doubled the money as well. However, the third worker took the money and buried it, keeping it safe until their boss returned.

It’s such an interesting story because the third worker thought they were doing a good thing by protecting the money. They didn’t want to spend or invest any because they were afraid of losing it. And yet, their boss was furious because they did nothing with the funds. The other two workers were praised for being faithful in handling a small amount and were given more responsibilities as a reward. And the third worker? Let’s just say they were fired (Matthew 25:14-30).

While this parable is talking about literal money, its meaning extends to much more. Think about the resources God has entrusted you with. Are you hesitant to invest in case you fail? Do you wonder if it will be more effort than it’s worth so why make any at all? Or perhaps you prefer focusing on living your life rather than thinking about what God wants from you. Ponder this story and allow Jesus’ words to challenge you to make the most of your time and finances.

Your time, abilities and money have been entrusted to you by God. As Anita Wing Lee said in Why Millenials Are Stressed About Money and What To Do About It, “God owns the money and we are just God’s money managers.” When we ignore, squander, or abuse what we are given then we are not following God’s call for our lives.

So what can we do to change our financial futures? It begins with taking a hard, realistic look at your personal situation and making a plan to use what you’ve been entrusted with to the best of your ability.