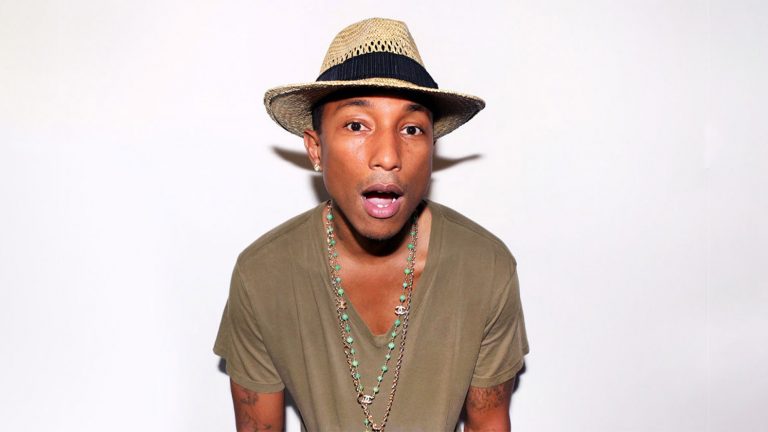 What goes into building a successful choir? The new reality show Voices of Fire will unveil what goes into recruiting members and creating a choir with the mission of changing the world.

“What if believing in yourself was only the beginning?” asks Williams, who is also the executive producer, in the official teaser.

The talent competition to become part of the gospel choir takes place in Williams’ hometown of Hampton Roads, Virginia.

Set up like other, familiar television music competitions, Williams, his uncle Bishop Ezekiel Williams (a respected musician) and a team of qualified judges give vocalists the chance to prove they have the talent to make the choir.

“I’ve always had a dream to build the world’s most inspirational choir,” said Bishop Williams in the official trailer for the show. “Each singer will just have one shot. There will be no call backs.”

The series will also include interviews with competitors, who share their testimonies and life stories of overcoming hardship and finding faith and peace in Christ.

Their search for talent centres on the belief that diverse backstories can give their collective voice a greater meaning and they want their choir to span ages, ethnicities and backgrounds.

Described as an “upbeat, feel-good project,” Voices of Fire seems like the kind of series we all need right now. Uplifting music, inspiring stories and watching dreams come true. It is a good combination.

Diversity and inclusion are hallmarks of Williams’ work. In August 2020 he made headlines after publishing an essay on racism in TIME calling for Americans to “trust in a Black vision of the future.”

The same month he also released the single “Entrepreneur” with JAY-Z, which explores the challenges Black Americans face in becoming successful business owners.

Born in 1973 in Virginia, Williams entered the music scene in 1992 when he formed the hip hop group called Surrounded by Idiots. Although they disbanded without producing a record, this was the beginning of a long and varied career, which has included collaborations with top artists and producers that launched Williams into the international spotlight.

The American singer, rapper, record producer and fashion designer (among other things) has received numerous accolades throughout his career including winning 13 Grammy Awards and receiving two Academy Award nominations.

Williams is married to model and fashion designer Helen Lasichanh and together they have four children, a son born in 2008 and triplets born in 2016.

Although raised in the Christian faith, Williams has been hesitant to define his personal beliefs. In an interview for Enough magazine, he said, “Religion is fluid and so are our minds, and I think it’s disingenuous to judge religion itself by being stuck in one way of thinking.”

In other interviews Williams has been critical of religious dogma, which he feels prevents people from reading the Bible and engaging with God.

Choir director Patrick Riddick is featured in Voices of Fire. He told the Christian Post he grew up attending the same church as Williams.

“It lets you know the Bible is right. It says to ‘train up a child and the way they should go and when he is older, they will not depart,’” he said in the interview, presumably about Williams returning to his roots for this project.

Voices of Fire was first announced in July 2020 by Williams at the Essence Festival of Culture, which went digital this year due to the pandemic.