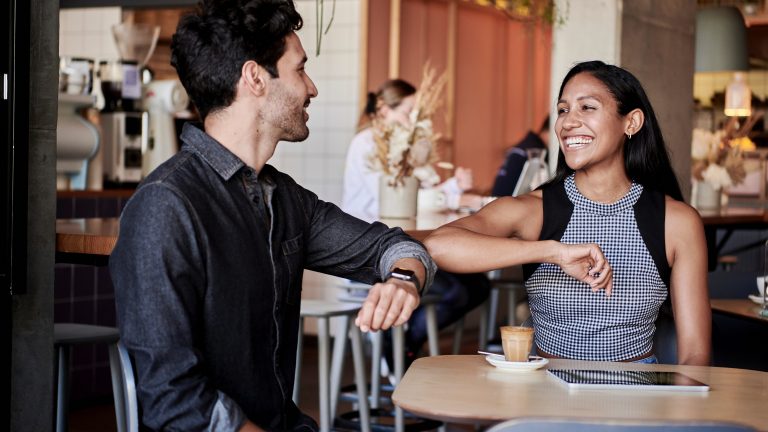 Everyone’s opinion of and experience with purity culture often comes down to when and where they grew up. And what denomination they were in.

For example, those who were teens in the 1990s had the unique reality of being there for the beginning of this conservative movement. They lived through the hype, the intensity and the eventual deconstructing of what it means to be pure in an impure culture.

Earlier this summer, the debate surrounding purity culture was stoked by musician Matthew West’s posting and then deleting of the song “Modest is Hottest.” Social media blazed with negative reactions to the song, which was supposed to be a humorous take on how young women dress from a father’s perspective.

There were also supporters for the West tune. Outspoken musicians and podcasters Alisa Childers and John Cooper defended the video in a recent podcast titled “Progressive Christian Twitter Tries to Cancel Matthew West Over Modesty Video.”

“It’s OK to critique some missteps of purity culture without throwing the concept of biblical purity away.”

Earlier this week, a youth pastor in Spokane Valley, Washington took the discussion to another level by apologizing for his participation in purity culture. In his Facebook post, Bryce Brewer listed five reasons he was sorry for insisting his female summer camp students only wear one-piece bathing suits. He added, “I am sorry if you felt sexualized by us telling you to cover up. I am sorry I didn’t teach boys to be men, and laid that responsibility on young women.”

What is Purity Culture?

Put simply, the term “purity culture” is inspired by 1 Thessalonians 4:3-8 (“God’s will is for you to be holy, so stay away from all sexual sin”), and is focused on promoting virginity until marriage.

In the 1990s evangelical movement, this looked like purity pledges, purity rings and, of course, kissing dating goodbye.

At this period in history, AIDS was the leading cause of death for men between the ages of 25 and 44, and teen pregnancy was at an all-time high. Parents were undoubtedly worried about their children’s futures so when campaigns like True Love Waits emerged, it was an easy yes.

While the movement was effective in promoting abstinence and creating conversations around premarital sex in Christian culture, there was also mounting biblical and cultural critique on the ways purity culture focused completely on sex, created feelings of guilt and shame and put the onus on women for men’s behaviour.

By the late 2010s, even Harris had changed his position on dating. He apologized to those who were negatively impacted by his book and in 2019 he announced his books would no longer be in print, he and his wife were divorcing and he no longer considered himself a Christian.

While purity culture may have missed the mark, the Bible is clear about calling followers of Jesus to purity. But it’s so much more than sex.

Whereas purity culture infers that women are responsible for men’s sexual sin, or the way women dress causes men to be tempted and think lustful thoughts, the Bible says we are all responsible for our own thoughts, words and deeds.

Whereas purity culture implies that virginity itself is what gives you worth, God said you have worth because He made you. Because He loves you. No matter what.

Salvation is not a reward for the good things we have done, so none of us can boast about it. For we are God’s masterpiece. He has created us anew in Christ Jesus, so we can do the good things he planned for us long ago.

You made all the delicate, inner parts of my body and knit me together in my mother’s womb.

Thank you for making me so wonderfully complex! Your workmanship is marvelous—how well I know it.

You watched me as I was being formed in utter seclusion, as I was woven together in the dark of the womb.

You saw me before I was born. Every day of my life was recorded in your book.

Every moment was laid out before a single day had passed.

The importance of this debate cannot be understated. When done with grace and respect for one another, it can lead to a greater understanding of God, humanity and how to live with purity in a culture that doesn’t acknowledge Christ. Let’s find ways to allow this to draw us together rather than tear us apart.