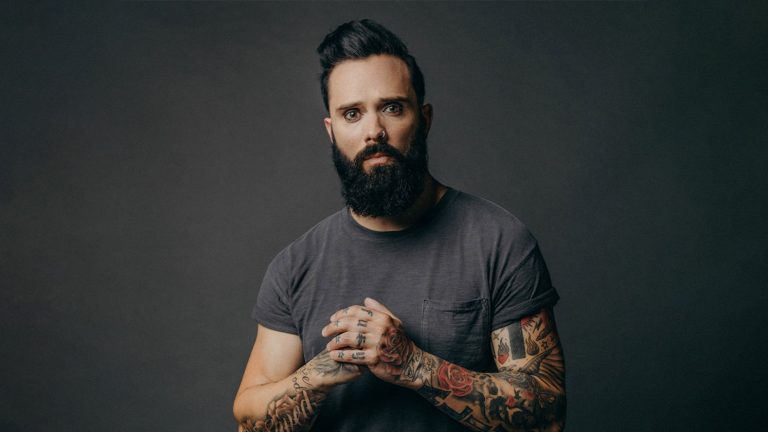 For more than 20 years Skillet’s frontman John Cooper has entertained audiences as lead singer with his message of positive Christian rock.

While Cooper has always been outspoken in his faith, over the past year he has taken to social media more and more to battle cultural relativism, which he says has infected the church and modern Christianity.

On January 10, Cooper released a “Ten Minute Talk” leaving no room to wonder where he stands politically or spiritually as he urged Christians to “open your eyes and see what’s happening.”

Cooper took some heat online for his stance, but he stands behind it and was recently interviewed on Alisa Childers’ podcast where they discussed cultural relativism and the recent trend of “deconstruction,” in many Christian circles, which has seen many Millenials walk away from the church, and their faith.

Childers’, who was formerly of the Christian pop group ZOEgirl, has played shows with Cooper in the past. They lost touch over the years, but reconnected after his viral Facebook post from August 2019.

“It was fire,” she said about the post, saying it vocalized what everyone else was thinking about the string of deconstruction stories and wondering what was happening in Christianity.

The term “deconstruction” comes from the Emerging Church Movement, which has led to many Christians stepping away from their faith and rejecting God altogether.

Cooper said he wrote the Facebook post because he was wondering where all the pastors were and why they weren’t speaking up more about “the insane things people are saying.”

Both Cooper and Childers know many musicians within the Contemporary Christian Music scene who have lost their faith and announced it on their public platforms. One of the more recent “deconstruction” stories is from May 22, when Hawk Nelson frontman Jon Steingard announced he no longer believed in God.

Cooper said these worship leader deconstruction posts are very confusing to people, and his goal was to help people understand what was happening. Describing these moments as “gut punch after gut punch,” Cooper said it is church leaders’ responsibility to help Millennials who are going through these faith crises understand good theology and where to look for answers.

He added how our culture has to stop looking to worship leaders and thought leaders as the relevant influencers in Christendom and to look to theologians and pastors for the old wisdom.

Cooper’s outspokenness is aimed at reminding Christians to be passionate about the Word of God, and about the Gospel. He wants people to remember that the things they live for are not of this world and that our hope should be in nothing other than Jesus Christ, the hope of the world.

“I think we have to understand that sometimes God purposes us to go through bad things in order that the Gospel is advanced. To bring glory to His name, I don’t know why. That’s the way God wants it.”

For more with John Cooper, check out his one-on-one conversation with Between the Grooves released shortly after the now-famous Facebook post.