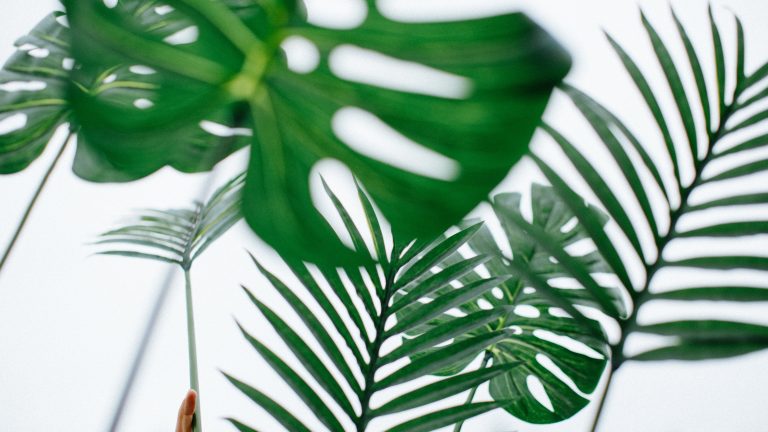 The Easter season is the high point in the liturgical calendar, completely focused on celebrating Jesus’ Resurrection. And celebrate we should! Christ took the ultimate punishment for our sins and defeated death so that we could be forgiven and have eternal life with God.

But Easter isn’t only a celebration. The 40 days leading up to Easter Sunday known as Lent are intended for us to intentionally reflect on what led to this incredible sacrifice even needing to happen, and the part we play in it as sinful people.

I know we’d all like to think if we were there on the streets of Jerusalem we wouldn’t fall into mob mentality and swing from waving palm branches and throwing a parade when Jesus entered the city, to shouting “crucify Him” at Christ’s illegal trial literally one week later. But would any of us be that strong? Could we see through the hype?

The thing about the Easter story is if you were living it, you most likely wouldn’t have seen it coming. Everything about it was unexpected.

When Jesus rode into Jerusalem on a donkey, the Jews thought He was the promised Saviour prophesied about in Zechariah 9:9,

See, your king comes to you,

lowly and riding on a donkey,

on a colt, the foal of a donkey.

And you know what, He was! Just not in the way they expected it.

Our limited understanding of God

Before coming to the city, Jesus had performed many miracles—healing the sick, feeding thousands of people from (very) limited resources, and raising Lazurus from the dead (Matthew 20, John 11)—and word was spreading. Many of the Jews thought He would rescue them from their current oppression, from the Roman Empire.

This made the religious leaders jealous, and they plotted to kill Jesus (John 11:45-57). And when Jesus turned out not to be exactly who they expected, the masses reacted harshly and turned on Jesus entirely.

Even though Jesus had predicted His death many times (Matthew 16:21-28, 17:22-23, 20:17-19), His closest companions, the disciples, were still completely caught off guard when it happened. Why? Because they too were interpreting Jesus’ words and the Old Testament prophecies with their limited understanding of God.

In the hours and days following Christ’s crucifixion the disciples hid, assuming they’d soon be arrested by the religious leaders too. They were terrified, and completely surprised when Jesus showed up alive and in the locked room with them (John 20:19-23)!

This whole time, Jesus knew what was going to happen, but everyone else, including the disciples, were completely baffled. And very likely if we were living in those times, we’d miss the big picture too.

So, how can we better deal with surprises? Despite being cautious, having back-up plans and doing our best to make wise decisions, we’re still only able to see part of the picture. We don’t know the future, and we aren’t aware of all the moving pieces. (Hello, pandemic?) No matter what, we’re bound to be surprised by life.

Here are three suggestions for dealing with unexpected situations.

Pause before you react

Let’s think about social media for a moment. Someone posts something inflammatory. Other people leave comments, adding fuel. You scroll across this post and are immediately offended. What do you do?

You could keep scrolling and yet, something inside compels you to say something. To stand your ground. To fight for what is right.

Or…are you just reacting? There is a big difference between responding and reacting. When you react it’s quick and reflexive. When you respond, you’ve taken some time to gain perspective and consider what the best thing to do is.

Maybe the right decision is to comment on the post, maybe not. But before you hit “send” take a few deep breaths, try to clear your head, and wait a few minutes before posting anything. This may not be worth your time. Consider that first. Respond rather than react.

When we’re caught in an unexpected and unwanted situation, it’s easy to spiral in negativity. Yeah, things didn’t go the way you wanted, but that doesn’t mean it’s not the way they were supposed to be. Or maybe you really did get the raw end of the stick. That’s terrible! And yet, there’s likely not much you can do about it.

In those times when life sucks, maintaining a positive attitude is key. There are always blessings inside of every circumstance and your challenge is to find it. No, things didn’t go your way and yet, maybe God will use this as an opportunity to lead you to something even better. You just never know so learn how to maintain a posture of gratitude.

Know your Bible and spend time in prayer

Memorizing Scripture is a discipline that you will never regret practicing and in those times when life isn’t going your way, having encouraging and truth-filled words in your mind will allow you to combat the negative self-talk that will inevitably arise. When we know the truth, it’s that much easier to recognize lies.

Another important way we can deal with unexpected situations is by taking them to God in prayer. When this is a regular discipline in our lives then it becomes that much easier to continually see His will rather than defaulting to trying to muscle through in our own strength. When we’re humble before the Lord and open to following His lead, it will make our next steps all the more clear.

Easter was the ultimate surprise and it will never stop being unexpected. On the surface, it seemed like all was lost. The Saviour of the Jews had been rejected and killed, and His movement was crushed as a result. And yet, that’s not what was happening at all. Three days later He rose from the dead and started something much bigger as a result. Just because it didn’t go the way anyone expected doesn’t mean it didn’t happen exactly as it was supposed to. Something to keep in mind.