How to Live Authentically in a Postmodern World 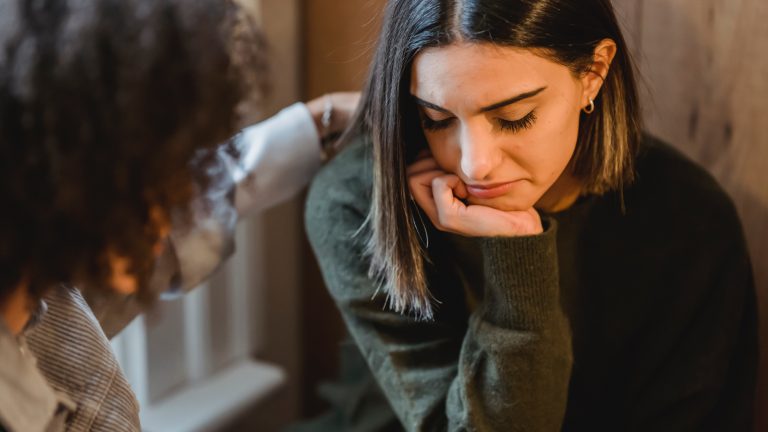 Over the past two years, I’ve watched my social media feeds degrade, transforming from a place of silliness and banter to one of emotionally charged statements and opinions.

At first, I found the extreme polarization of opinions somewhat entertaining and would read through the comments with wide-eyed fascination. But after a while…it wasn’t funny anymore. And as I watched more and more acquaintances, friends and loved ones battle it out behind their screens, I found myself withdrawing from social media, terrified that I would say something that offended someone else or angered them to the point of lashing out.

Up until then, I felt like being extremely online was a somewhat safe and fun experience. Sure, there were people getting cancelled every weekend on Twitter and Instagram, but I wasn’t participating in that part of the Internet so I didn’t pay it too much mind.

Now that outrage and partisan posting is a part of my regular newsfeed, it no longer feels social but instead an anxiety-inducing, stress-filled experience I’m wondering if I even want to participate in anymore.

Maybe you’re thinking Christians aren’t getting sucked into these debates. You would be wrong. For better or worse, we all seem to be taking sides online in the name of truth at the cost of compassion, be it calling out Matthew West for his music video, weighing in on Beth Moore leaving the SBC, or debating the merits of empathy in Christianity.

While healthy debate can be instructive and uplifting, so much of our online arguments these days revolve around conflict and reaction. Have we lost the ability to respectfully disagree without it leading to anger, harsh words or blocking?

Hollie Taylor, host of Faith Strong Today’s Good Company program, tackled this topic on a recent round table discussion looking at The Art of Disagreeing. The panellists discussed how “disagreeing well” is an important skill to master. The caveat? We have to approach these discussions with the motivation to learn rather than stir up dissension, and avoid reacting to other people’s anger with our own emotions so we can have productive conversations.

“There’s an element of fear as well. It almost muzzles people from being their authentic self on social media because of cancel culture and backlash. It’s counterproductive, taking away the ability to learn and grow from other opinions.”

It takes a strong, confident person to post their true struggles online these days, and yet we’re so starved for validation and understanding we really need these connections! So many of us are afraid to be vulnerable because we know we’re likely going to receive judgment and criticism rather than compassion and grace.

So, what can be done?

Aside from the online backlash, there are real-world concerns that cause us to hold back from showing up transparently online, or anywhere else for that matter.

For example, what if you’re dealing with a mental health struggle (and, let’s be honest, who isn’t these days?), and you hesitate to bring it up because as much as you need support, you also know your HR person at work might catch wind of it and it could negatively affect your career.

Or let’s say you’ve experienced a personal loss and desperately need space to grieve and heal. Where do you go to find that safe place with trusted support? Can you access them when you’re in another lockdown? Are you able to take time off from work without being penalized? Is it possible to talk about it online without it backfiring? It’s so hard to know for sure, so you stay silent.

We hold back in order to protect ourselves from very real potential dangers or outcomes and yet, we’re meant to be in relationship with one another. Real, deep, meaningful, connected relationships that build one another up and lead us to understanding God better.

Oftentimes we also hold back from helping others in need for a variety of reasons. We have our own problems and need our energy to tend to those. Or we are concerned that we’ll get taken advantage of or pushed around if we show empathy or compassion. Maybe we’re empty and don’t have anything to give. And yet, what would Jesus do?

Living in Relationship with Others

The New Testament tells us when Jesus was tired He withdrew and spent time by himself resting and praying (Mark 4:35-40). Afterwards, He rejoined the people and continued ministering. He found a purposeful balance between the work and the rest and maintained it. It’s a good model to follow.

If we approach those around us with suspicion and withhold our empathy and compassion then we risk becoming the rules police, calling each other out when we misstep and shaming rather than course-correcting. And while there is a time to confront, it’s so easy to slide into judgment rather than grace.

And that doesn’t feel safe.

Maybe that’s why we’re collectively drawn to shows like Ted Lasso right now. The character Ted has a positive, glass-half-full attitude and despite the chaos in his life, he’s able to stay focused on being kind to others and doing the best he can (Matthew 7:12).

It’s easy to look at someone like Ted Lasso and think it’s not realistic to be that nice—it will be taken as weakness and we’ll be swept up into some crazy drama that we regret. And honestly, that could happen if we’re not stable and our boundaries aren’t firm. But maybe this isn’t a black and white issue. Maybe every time we see suffering, someone in need or something controversial online, we ask the Lord what our response should be.

If you were a character in The Parable of the Good Samaritan (Luke 10:25-37), which one would you be? I find myself thinking about this often. The character who ended up helping the person in need did so at great inconvenience and cost to himself. And he didn’t even know if the person needing help deserved it or not! He saw a need, and he helped. I hope I can become more like the Good Samaritan and show mercy, grace, compassion and empathy to those around me. Even if we don’t agree. Even if they’re unkind. Why? Because it’s the right thing to do, and it’s what God wants. Maybe if we treated each other like we want to be treated, we wouldn’t be so afraid to show up as our authentic selves.