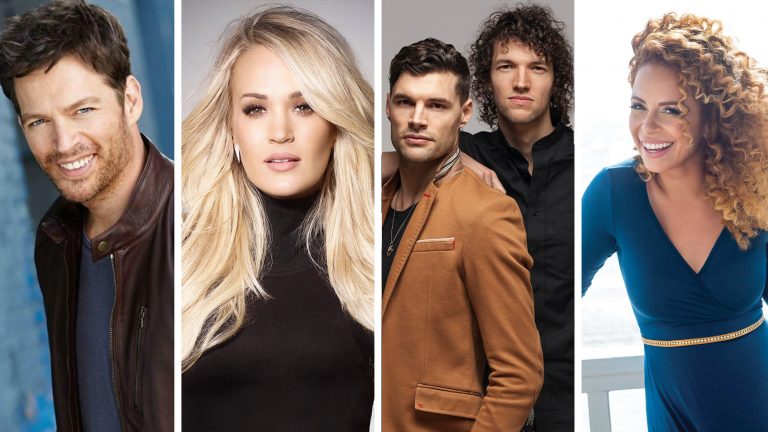 On March 14, the 63rd annual Grammy Awards were held and high-profile celebrities walked away with two major awards in the Contemporary Christian Music category.

Dolly Parton and Zach Williams won “Best Contemporary Christian Music Performance/Song” for the single “There Was Jesus.” Although the majority of Parton’s musical success has come from the country music genre, this is not her first Christian music collaboration. In 2020 she also received a Grammy Award for her work on the For King & Country single “God Only Knows.”

American rapper Kanye West won a Grammy Award for his 2019 album Jesus Is King. He took the award for “Best Contemporary Christian Music Album.” This is West’s first Christian hip hop album and ninth solo album. Jesus Is King reached the top of the Billboard 200, Top R&B/Hip-Hop Albums, Top Rap Albums, Top Christian Albums and Top Gospel Albums at the same time. This is the first album to ever achieve this designation.

On Between the Grooves, James Kurtis and Drew Brown shared their thoughts on the Grammy Awards show in the latest episode of the podcast.

What is Contemporary Christian Music?

Contemporary Christian music (CCM) can be any style of music, although it’s most often pop, rock or praise and worship. What sets CCM apart from other genres is the lyrics focus on the Christian faith.

While CCM is a small slice of the much larger music industry, with humble origins credited to the 1970s Jesus Movement, it is now a billion-dollar industry.

Initially, CCM artists struggled to find acceptance due to factors such as lack of radio exposure and distribution. However, over time CCM was integrated into all Billboard Charts and box stores began carrying CCM artists, giving credibility and visibility to the entire industry.

Here are some new CCM singles and albums to look forward to:

Album: Alone With My Faith

On Friday, Harry Connick Jr. will release a gospel album consisting of songs he spent the majority of 2020 working on. Alone with My Faith features songs he wrote, performed and recorded himself.

Just in time for Easter, country superstar Carrie Underwood is releasing a gospel album with 13 tracks including well-loved hymns such as “Nothing but the Blood of Jesus,” “Softly and Tenderly,” and “Great Is Thy Faithfulness.”

This album was inspired by the struggle Luke Smallbone’s wife, Courtney Smallbone, had with addiction. She was able to overcome the addiction and through the album, the Australian brothers invite listeners to “leave the past behind, step into a new day, and ‘Burn the Ships.’”

Dropping on Good Friday, Blanca is releasing an all-original Spanish music EP. Renovada, which translates to “renewed” in English, is a tribute to her parents. Till now, Blanca has translated her lyrics from English to Spanish but this album was written entirely in Spanish as a celebration of her Spanish culture and Latina roots.

Album: Live from the Woods Vol. 2

Now firmly established in North America, CCM singles and albums continue showing up on top streaming and airplay charts and even manage to crossover into mainstream media.

While a handful of artists tend to dominate the charts, for example Lauren Daigle’s single “You Say” has spent 136 weeks on the charts and 121 weeks in the number one position, digital streaming has democratized the charts, since digital streaming is now counted towards the rankings. These rankings also take radio airplay and retail sales into consideration.